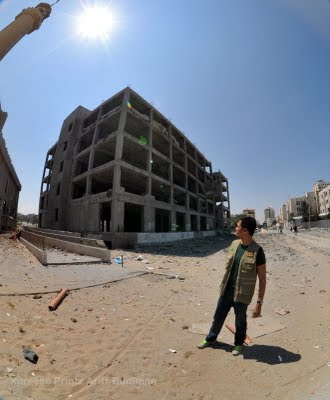 Dr. Sheikh Muszaphar Shukor returned safely from Gaza 3 days ago on his second humanitarian mission there. According to him the situation this time was much worse compared to his first visit in January 2009. He said that there were bombings and gunshots everywhere and they had to evacuate after only spending 4 days in Gaza. One of the buildings that got bombed was located some 400 metres from the hotel where they stayed in. He stated that his mission this time was to spearhead the building of a paediatric hospital and maternity ward, which requires RM30 million. He is now trying to raise funds for the said hospital project. 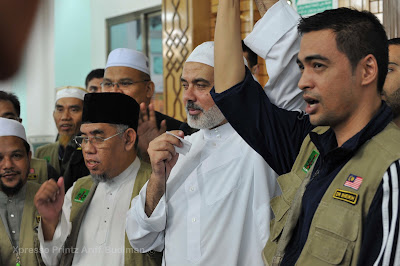 With the Palestinian Prime Minister after the Terawih prayers 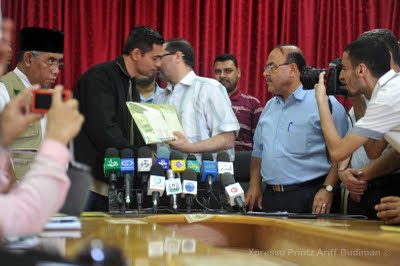 MOU signing with the Minister of Health
and contribution of USD60,000 during the visit 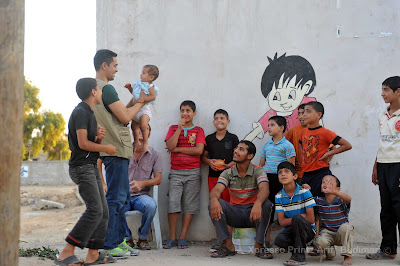 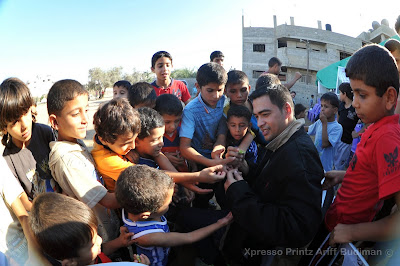 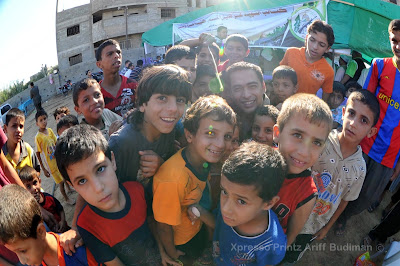 With the children of Gaza 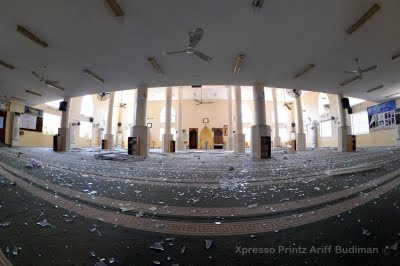 Scene of devastation in a mosque in Gaza
Posted by M.Faiz at 9:04 AM No comments:

Angkasawan on humanitarian mission to GAZA 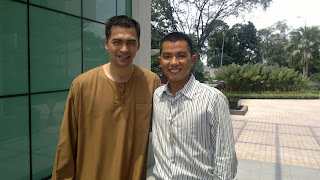 Dato' Dr. Sheikh Muszaphar Shukor left Kuala Lumpur this evening heading towards Gaza on a humanitarian mission. His last visit to Gaza was in 2009, whereby he conducted surgery on war victims there. His mission this time will take approximately 10 days leaving behind his 3 weeks old baby daughter 'Bella' and wife Dr. Halina. We pray for his safe return and wish him every success in Gaza. God bless... 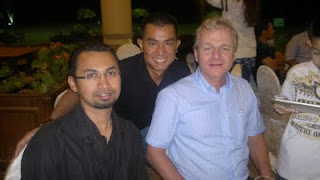 We had a great time at the buka puasa event held last Friday on the 12th of August 2011, at the Golfers Terrace in Kelab Golf Negara Subang. The Ramadhan buffet had a nice spread with the usual nasi minyak, satay, rojak, ice kacang and other mouth watering goodies. Hope to see you guys at the next one in Rebung soon. Wishing everyone "Selamat Berbuka Puasa" in this great month of Ramadhan... 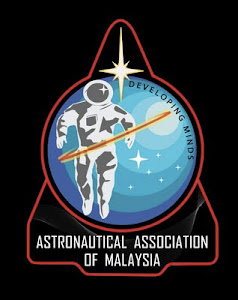 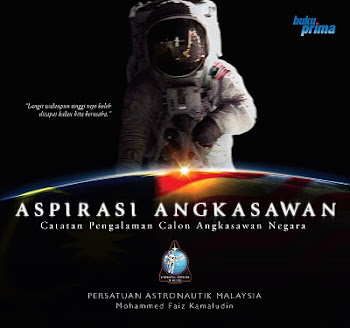